The event started at 17:30 p.m. Each student did warm-up exercise by themselves. Football club and participants got mixed up and split into 6 teams. Before the game started, each team talked and deepen exchanges. ICC staff and Masahiro Nakatsuru (school of education, Senior in college=Ohita・Uenogaoka ), and Nami Watanabe (school of sport sciences, Senior in college=Saitama・Omiyakaisei) greeted and introduced themselves, then the game started. 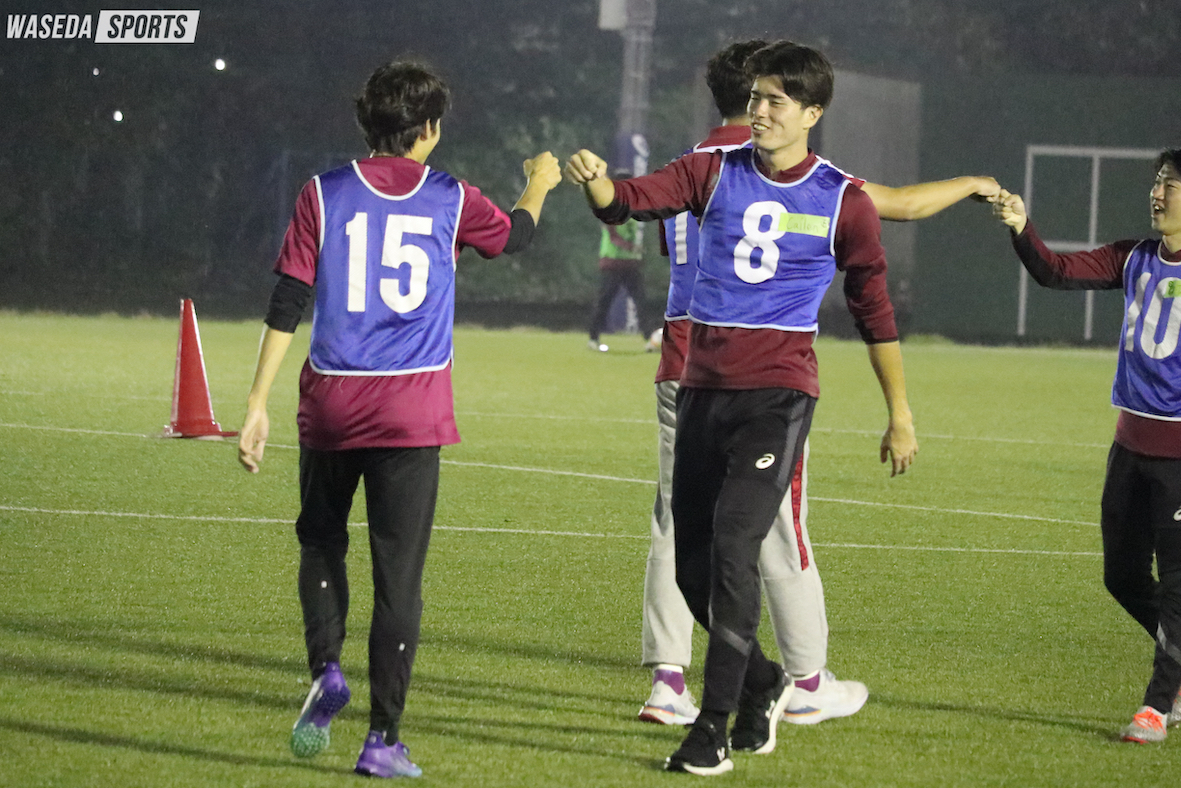 Every match was a close game. Even if they could not make themselves understood, they tries to communicate by using easy English and Japanese words, such as “good” or “がんばろう”. “We were able to communicate to some extent with the feeling and groove of communicating something.” Said Sena Ubukata (school of sport sciences, Senior in college=Gunma・Takasaki Municipal High school of Takasaki City University Of Economics). After the game, they high fived and praised each other. Keiichi Sato (school of political science and Economics, junior in college=Tokyo・Waseda Jitsugyo high school) played as goal keeper, and did a splendid save. GK Ubukata showed brilliant ball handlings, and scenes not normally seen were also seen.

As the rain began to intensify, they started a mini-game called “people-bingo”. They talked to many people to search the objective people. They conducted a conversation with gestures. The nine winners of the bingo win an ICC bear! There were some people held it up for a commemorative photo. 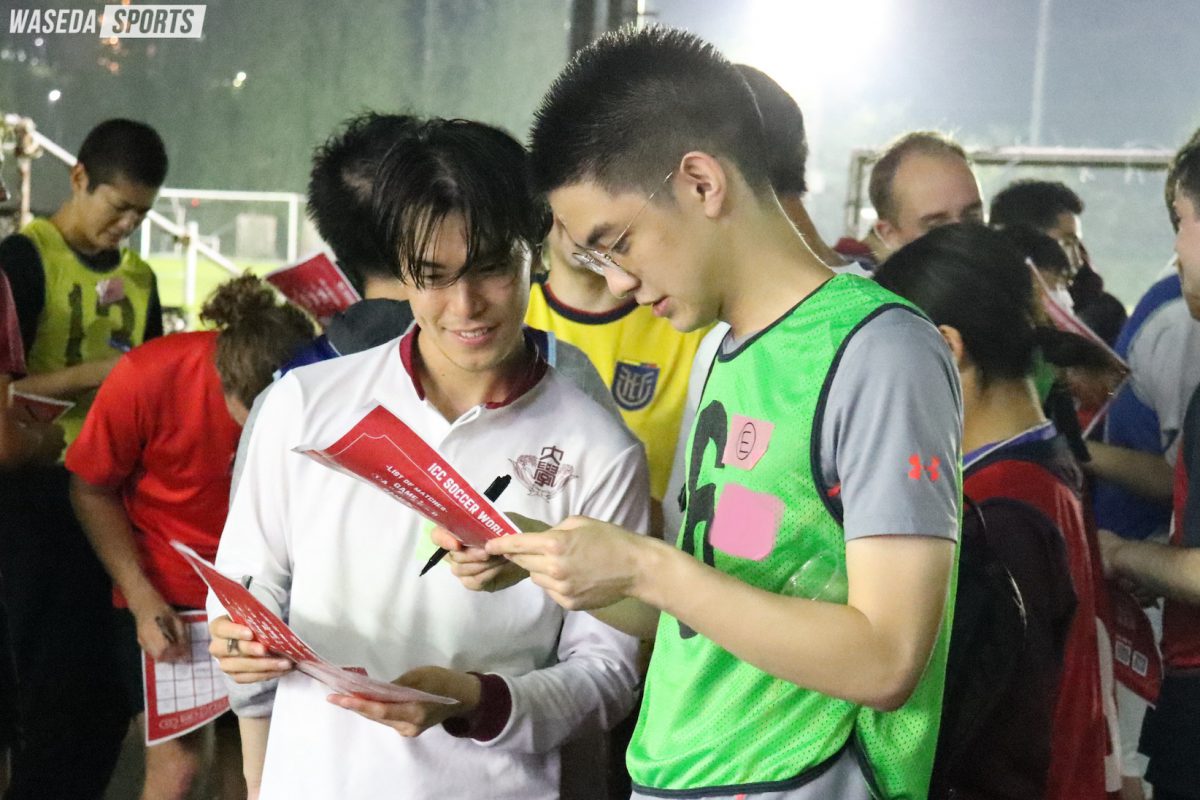 There were events that were held online last year, but was not able to meet face to face. One of the sponsors of ICC staff, “I’m very happy that we were able to hold the event face to face. The applicants were over 100. It has a great popularity every year.” saying with a smile. Rena Chikazawa said (school of sport sciences, Senior in college=JFA academy Fukushima) “I was reminded once again that we can connect with various people with a single ball, such as the feeling of saying “nice” to a good play even if we don’t understand each other’s language.”. As he said, “It reminded me of the joys of soccer.” (Ubukata), all participants were always smiling during the game. This event was held in person, overcoming the pandemic. Interacting directly and playing soccer would have created more connections than online interactions. It was a moment that reminded us that soccer connects people and the world. 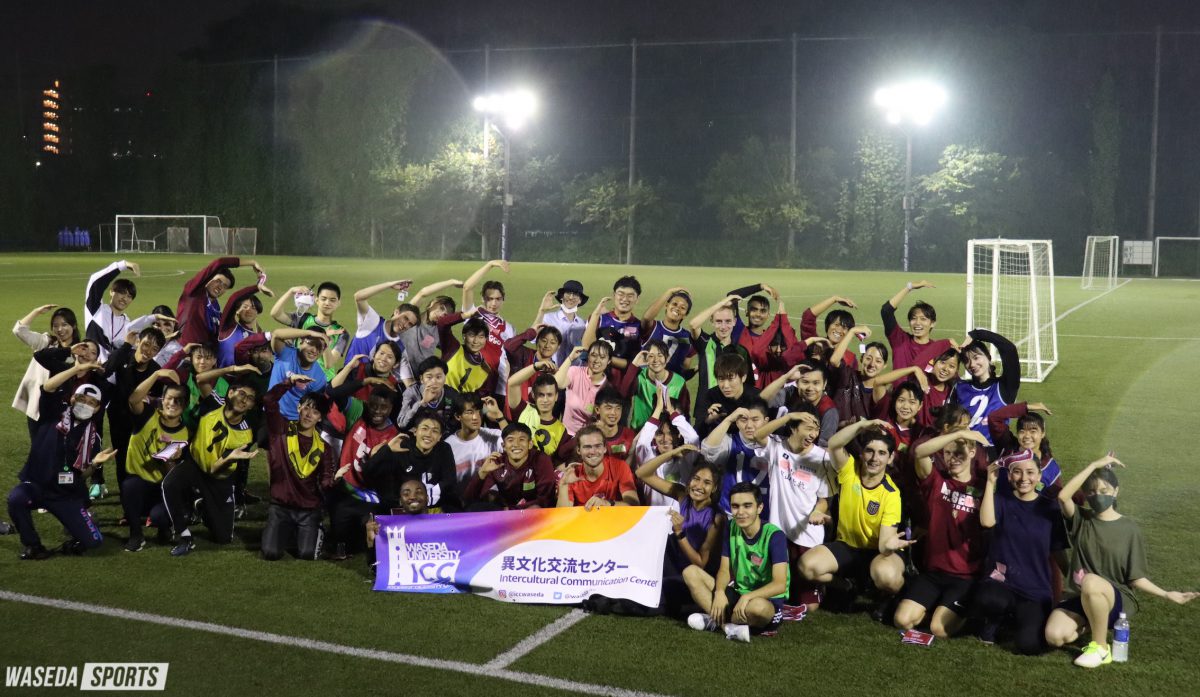